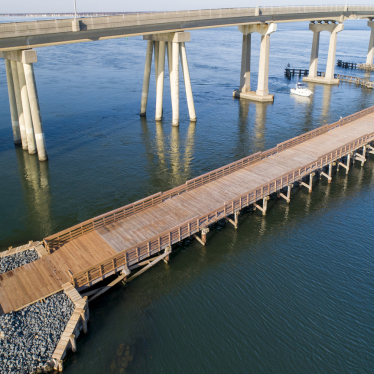 In 1930, a timber drawbridge was constructed connecting the mainland to the Atlantic Ocean barrier beach in Hampton Bays. This drawbridge was used until 1986 when a modern concrete bridge was constructed. The drawbridge portion of the Old Bridge was removed leaving two sections, a north and south side. Since the original construction, the wood pilings have created one of the most diverse underwater ecosystems along the Long Island shoreline, a habitat for both local and transient wildlife species throughout the year. Superstorm Sandy led to the bridge’s permanent closure and initial plans for removal. The news of the proposed demolition spread throughout the fishing, diving, and marine communities prompting an outpour of support to try and save the bridge.

The restoration project included solutions for each side. Primarily used for fishing and sightseeing, the north side’s height above the water was substantially lower. To allow sunlight to penetrate to the bay bottom, an aluminum grate decking was designed. The decking also was designed so that tidal fluctuations do not create uplift forces mitigating damage from tidal surges.

The south side location is where the ecosystem developed. The objective was to save as much of the 1920’s bridge design as possible. Closely spaced IPE tropical hardwood decking was chosen mimicking the original bridge deck’s sunlight/shading. Restoring the existing deteriorated timber piles included the use of fiberglass pile sleeves with epoxy fill preserve. Using divers, pile sleeves were placed from 2ft below the mudline to 2ft above the high water level. The refurbishment design maintained the existing structural connectors (drift pins) between the existing timber piles and girders and bolstered the connection by including structural galvanized steel plates and galvanized steel thru bolts. 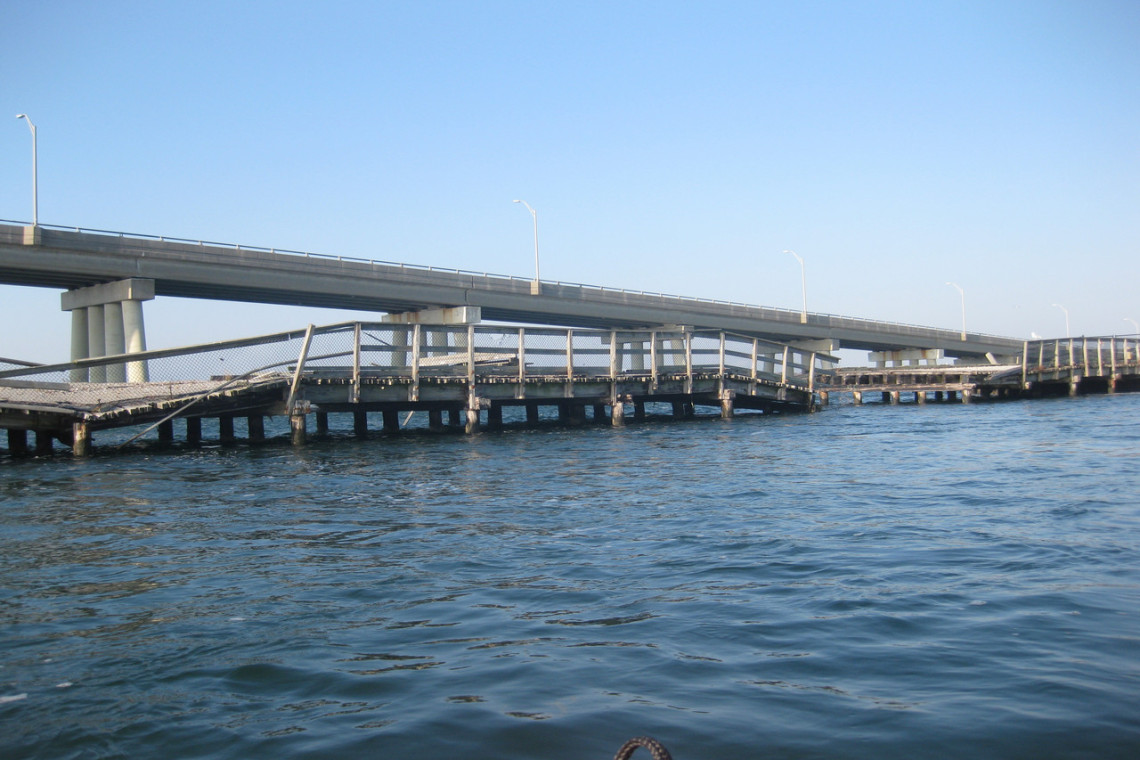 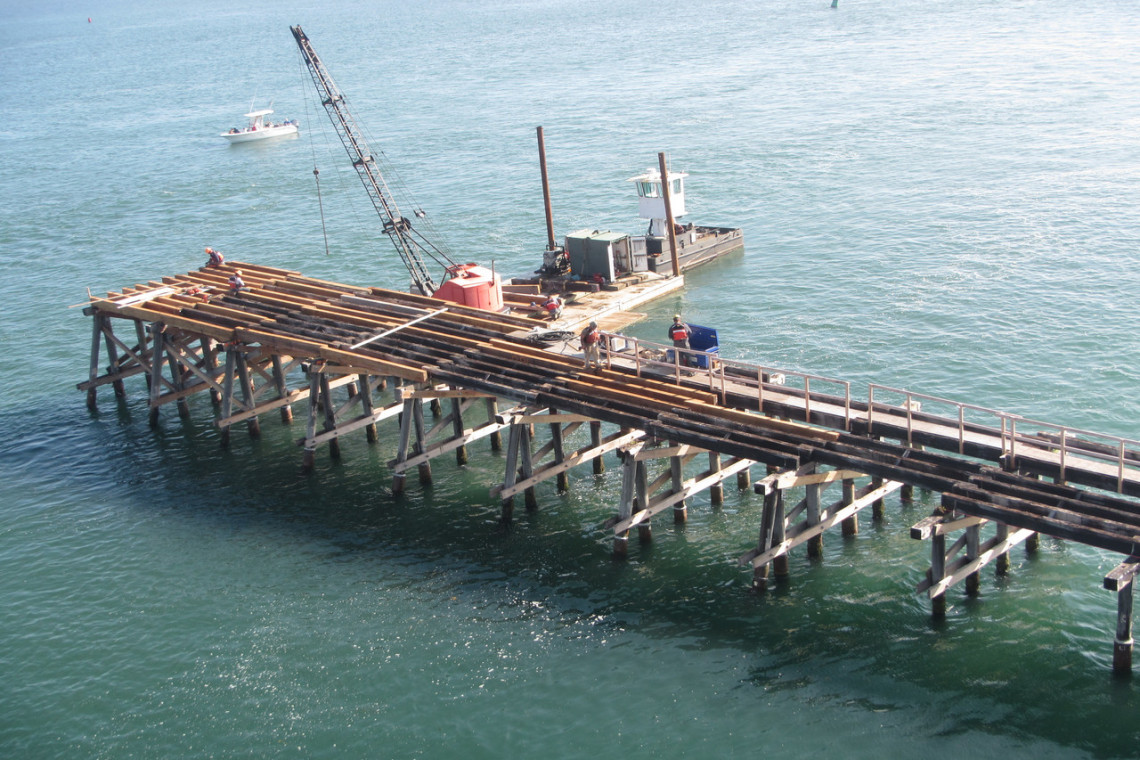 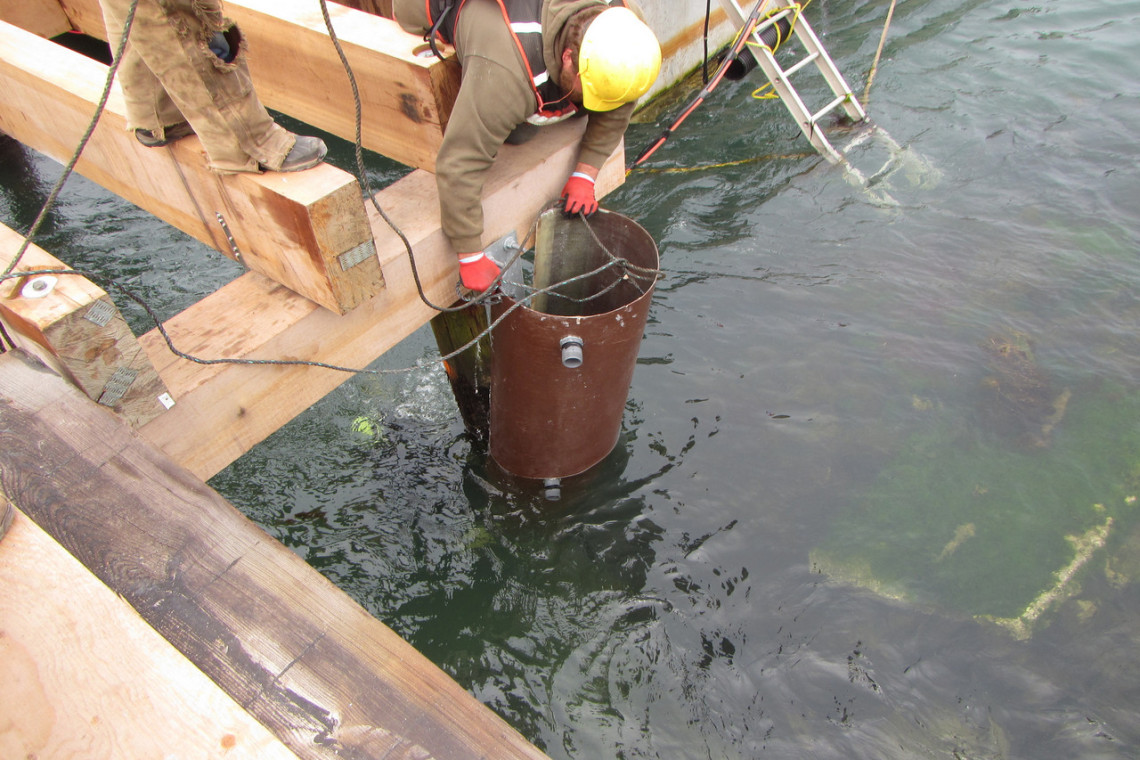 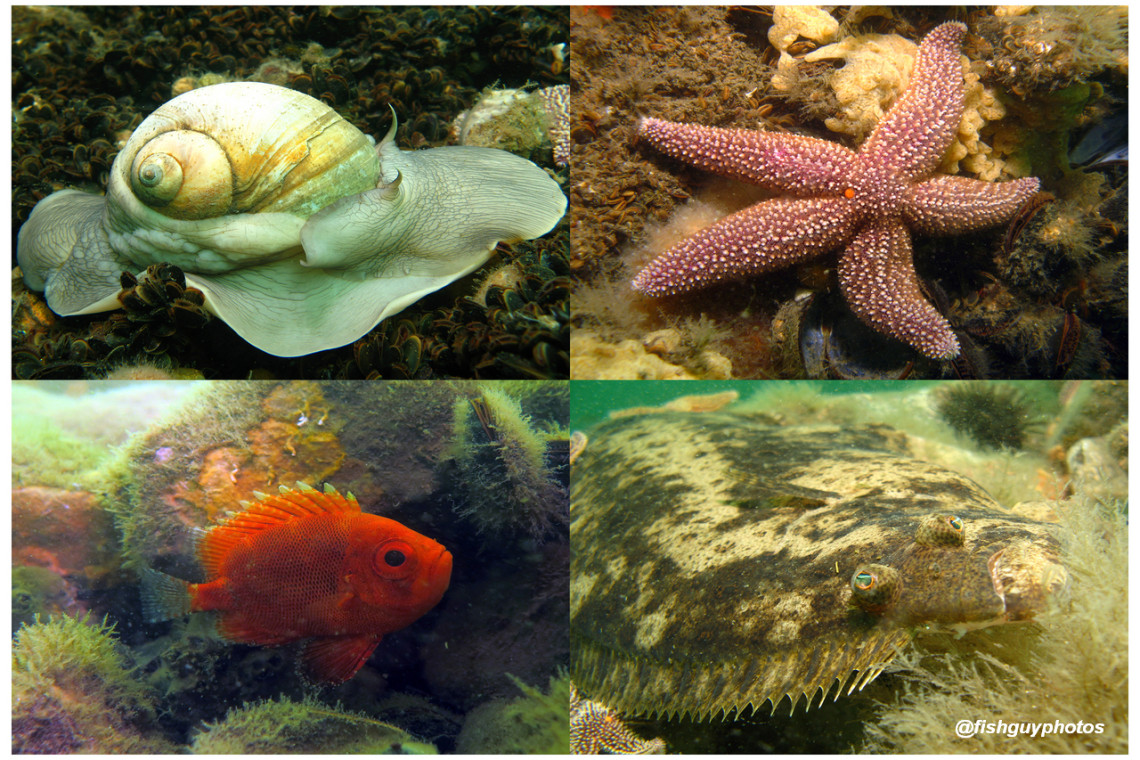 To learn more about the diverse ecosystem under the bridge, the 27East article Sea Life Thrives in the Shadow of a New Bridge, written by Chris Paparo for the Summer 2019 issue, has been included. Mr. Paparo, a local dive enthusiast/wildlife photographer, provided his images of the diverse sea life and was also the photographer of the drone images shown on the LKMA site.