Location: Focusing on impacts along Route 27

This study was the first up-date to the Town's Comprehensive Transportation Plan in over 30 years.  The project included a significant amount of data collection including machine and turning movement counts in the peak (summer) season, traffic accident analysis, an origin-destination study, speed and delay studies, parking inventory needs analysis, and roadway condition inventory (including widths, signs, pavement markings, sight distance).  LKMA worked with a Technical Advisory Committee, with representatives from the Village of East Hampton, Town, County, State and Long Island Rail Road in developing recommendations.  Significant community input was obtained through presentations made at several meetings of local Citizens Advisory Committees.  The focus of the study was to investigate the feasibility of diverting automobile trips from congested Route 27 to other modes of travel, including bus, rail, ferry and bicycle as well as identifying existing transportation deficiencies and needs.   Pedestrian and bicycle safety issues were also addressed.  During the study, transportation recommendations for tourist destinations such as Cape Cod and Key West were examined to determine their potential suitability in East Hampton.

A key recommendation of the study was the identification of the need for the Long Island Rail Road to conduct a study of potential means of improving service to New York City, as well as intra-South Fork service, and transfers to other modes of travel.  With regard to service within the South Fork, analysis of a “shuttle” type service was suggested.  Among the recommendations to improve intermodal transfers was better schedule coordination to facilitate the ability of railroad passengers to transfer to buses.

Recommendations for improved bus service included a demand-responsive, “dial-a-ride” system, feeder/distributor buses serving the East Hampton railroad station, and shuttle service to shopping districts. With regard to a proposed Cross-Sound ferry from Montauk, three proposed ferry terminal sites were reviewed for potential effects on the surrounding roadway system in the summer season. Improvements were developed for key intersections on the Town’s roadway network to mitigate traffic accidents and capacity deficiencies.

Following a public hearing, the Transportation Plan was adopted by the Town Board in the summer of 1997.  The plan was re-adopted, and incorporated into the Town’s Comprehensive Plan, in 2005. 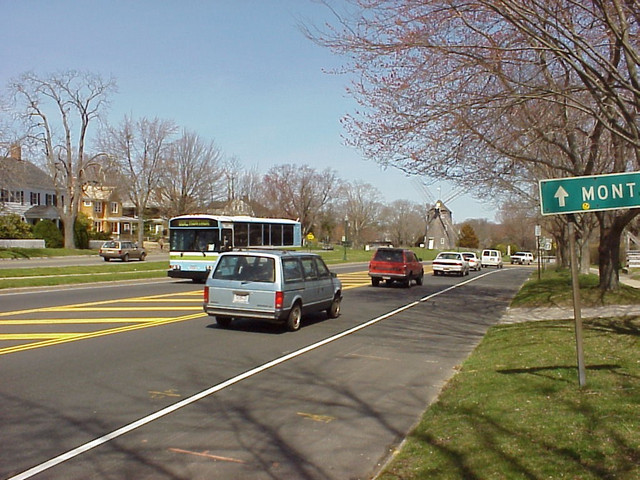