The firm was founded in 1950 in Wantagh, Nassau County, NY by Louis K. McLean, a professional engineer, and land surveyor, with its primary function being the surveying and mapping of residential subdivisions at a time when U.S. servicemen had returned from World War II and were starting families. Surveying and mapping remain a mainstay of the firm today.  In the late 1950s, Lou (Mac) McLean, relocated the firm to Patchogue in Suffolk County and became the de-facto Town Engineer for Brookhaven Town.  In 1982, the firm relocated a few miles east, to its present location in the hamlet of Brookhaven.  Like Mac, George Kaigh was a licensed Professional Engineer and Land Surveyor who was with the firm from its early years.  Mac retired in 1993 after more than 40 years at the helm, and George followed in 2005.

The firm began working for the Suffolk County Department of Public Works in the 1960s, beginning a long-standing relationship which continues today. LKMA was the designer for several County roads as part of DPW’s major highway construction expansion in the 1960s and 1970s. In the 1990s, under the direction of Gene Daly and Ray DiBiase, the company added major clients such as the NY State Department of Transportation and the Port Authority of NY and NJ, and grew to approximately its present size.

Members of LKMA have a long family history of Engineering & Surveying dating back to the late 1800’s and early 1900’s. The Jedlicka Family lineage includes connections to engineers involved with the design and build of the Brooklyn Bridge. Images of Ernest Ankener, engineer and surveyor, with his surveying crew and a sketch of the Brooklyn Bridge thought to be drawn during bridge construction are included in the family archives. 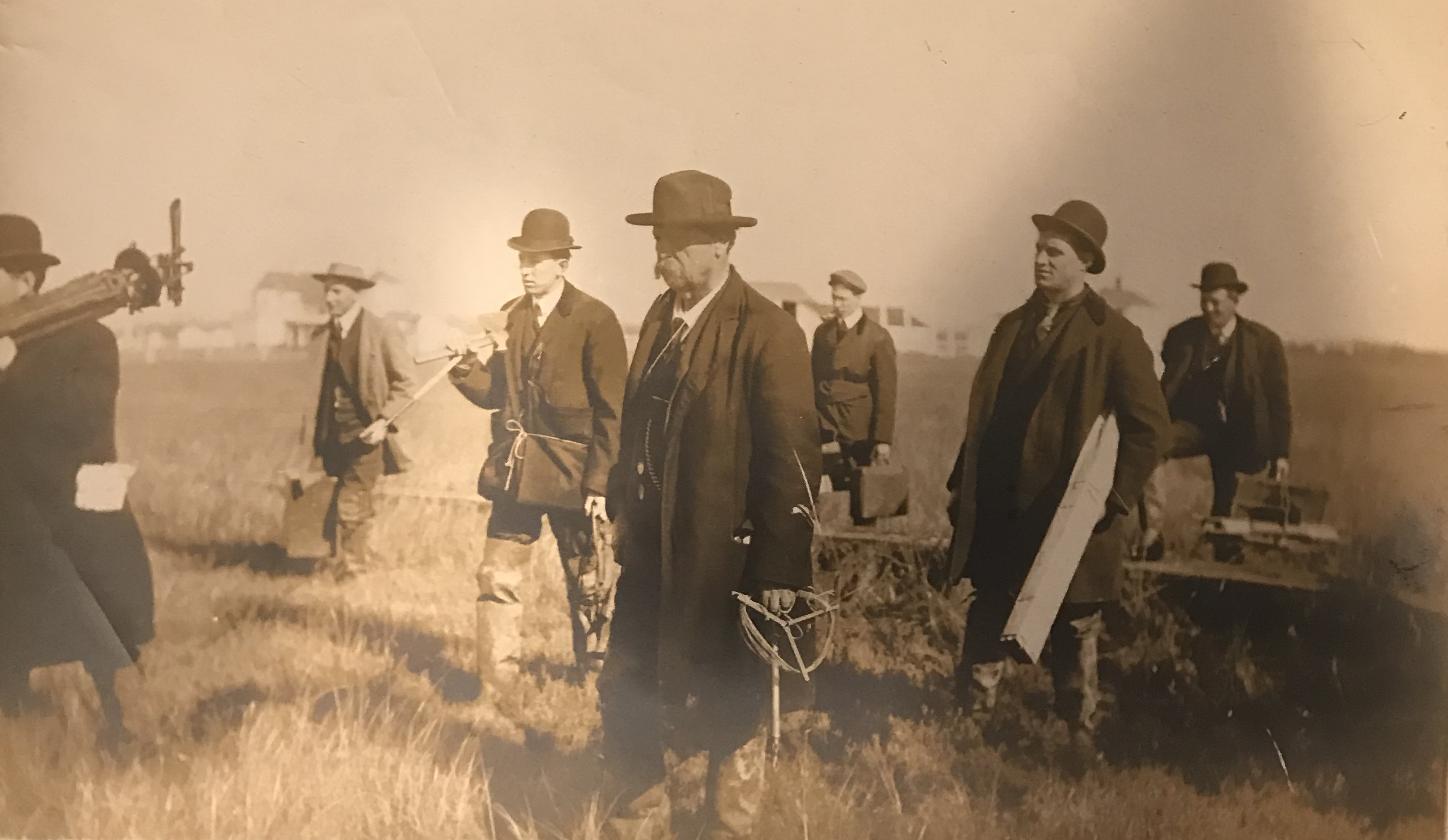